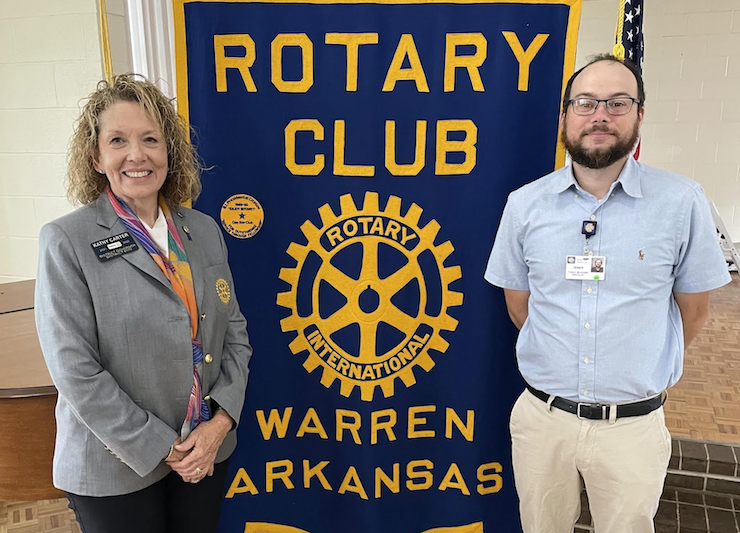 Kathy Carter, the District Governor for Rotary District 6170 that spans over most of western, southwestern, south central, and southeastern Arkansas, was the speaker for the Warren Rotary Club on Tuesday, July 20 in the Fellowship Hall at First United Methodist Church. Carter’s home club is the Arkadelphia Sunrise Rotary Club and she was recently inducted as the new District Governor for 2021-22. The stop in Warren was Carter’s first of many stops as she visits other Rotary Clubs in the district. She was very excited to be in Warren and met with the Warren Rotary Club board at 11 a.m. before the normal meeting at noon. Carter spoke to the group about what Rotary means to her and how she remembered her dad serving in Rotary when she was a little girl. She went on to talk about some goals for the upcoming year for our district and what her main areas of focus were. Additionally, Carter touched on what Rotary does internationally, including trying to eradicate polio around the globe, and how our district helps those efforts. This was her first time in Warren and she mentioned how nice the town looked as she drove through and was also very complimentary of the meeting location at the First United Methodist Church.