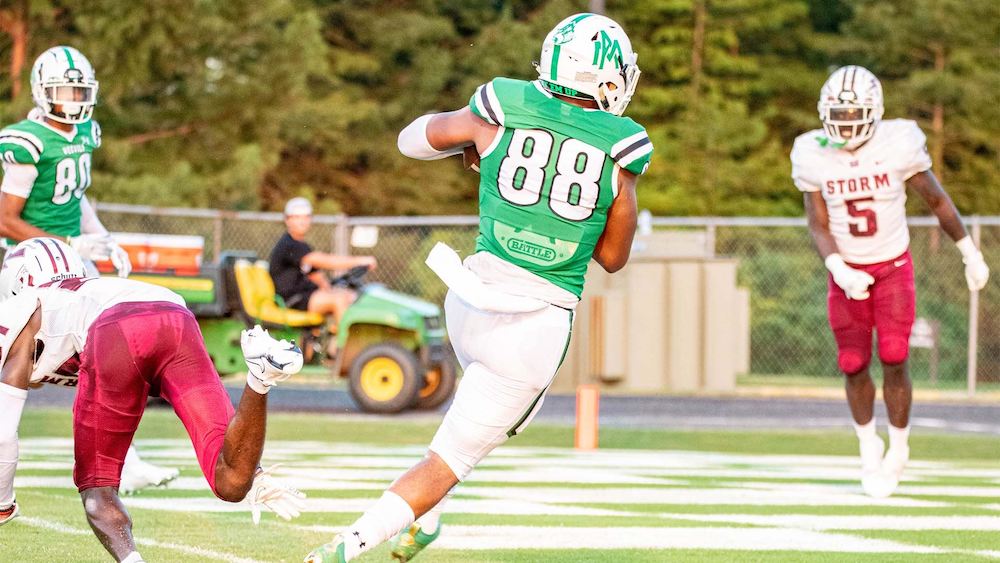 ALVA, Okla. – The University of Arkansas at Monticello football team extended their win streak to three games today by putting together a dominant 42-23 victory over Northwestern Oklahoma State University.

With the win, the Weevils improve to 4-2 in the Great American Conference, while NWOSU falls to 0-6.

While the Rangers jumped out to an early lead, UAM kept their composure and started to impose their will on Northwestern in the second quarter. 43 seconds into the second period, Demilon Brown found Isaiah Cross for a 32-yard touchdown pass to cut NWOSU’s advantage to just three points. The next UAM possession, Brown found Cross again for a house call to give the Weevils a 21-17 lead. UAM continued to extend their lead late in the first half when Jonero Scott crossed the goal line from three yards out to give the Weevils a 28-17 advantage as the teams headed to their locker rooms for halftime.

The Rangers trimmed the deficit to five points on a touchdown in the early stages of the third quarter. However, the visitors from Monticello quickly answered with a 20-yard touchdown run by Jonero Scott to extend UAM’s lead, 35-23. The Weevils continued their impressive play as they scored another touchdown with 3:39 left in the third quarter. This time, Demilon Brown found DeAndre Washington streaking up the right side of the field for a 49-yard touchdown to give UAM a 42-23 lead.

The score would stay that way the remainder of the game as the Weevil defense kept the Rangers out of the endzone.

Demilon Brown paced the UAM offense as he threw three touchdowns and ran for 66 yards. Jonero Scott also ripped off some long runs as he ran for 114 yards and scored two touchdowns. Isaiah Cross led the Weevil receiving core as he caught three passes for 81 yards, including two touchdowns.

UAM hosts Ouachita Baptist University on Oct. 16 for the Hall of Fame Game sponsored by Commercial Bank. The showdown between the Weevils and the Tigers is scheduled during Homecoming for a 2:00 p.m. kickoff.