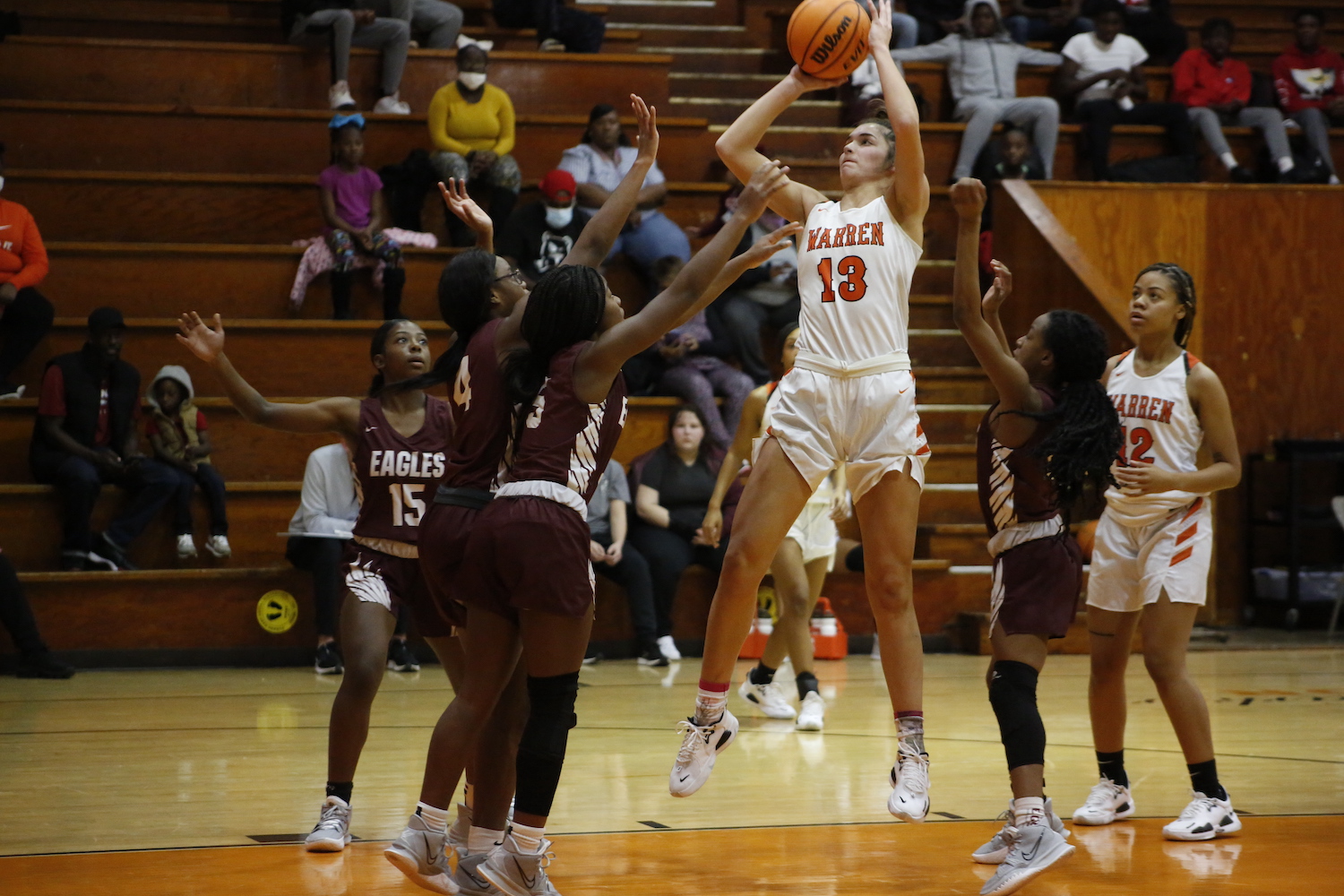 Warren’s Ladies were scheduled to play in the opening round of the two-round tourney Friday, but with the Lumberjack Football team in action against Stuttgart that same night, the Lady Jacks were unable to feature. They were automatically bumped into the consolation game for third and fourth place Saturday. It was still an excellent opportunity for Coach Leon Harris to give his team some valuable minutes ahead of a busy schedule post holidays.

The Lady Jacks came out firing early in the first quarter, taking an 11-6 lead. What was perhaps the most promising feature of the early stages was the distribution of scoring among Warren’s lineup. Four of Warren’s five starters were on the board in the first. Both Tyairean Bass and Keller Bigham had buckets from the field, and Mylesha Yao connected from beyond the three-point arc.

Crossett’s Lady Eagles made a bit of a run in the second quarter, cutting Warren’s lead to just three points at the midway break. Warren led 18-15.

Warren exploded in the third quarter, extending their lead to 14. Tessa Andrus was lights out from the free-throw line in the third period, hitting four of four.

Solid defense and protective offensive play saw the Lady Jacks seal the win in the fourth. Warren held Crossett to just five points in the final quarter. They controlled the tempo and played no-nonsense basketball. Warren defeated Crossett by the final of 41-23.

Keller Bigham led the Lady Jacks in points with 18 on the night. She was four of seven from the free-throw line and hit four threes. Three of those came in the third quarter.

Tessa Andrus also played a big part in essentially closing out the game during the third, going four for four from the line.

Tyairean Bass followed Bigham on the scoresheet with 13. Bass’s contribution in points was just a portion of her overall success. She was solid from the point, minimized turnovers, and was unselfish in her distribution.

Mylesha Yao and Paris Wright each had three points for Warren.

Warren did receive a consolation trophy for technically finishing third, but again, its important to note they were automatically put into the bottom half of the bracket after being unable to participate in the first round Friday due to Warren’s involvement in the 4A State Football quarterfinals. With the Lady Jacks level of play Saturday, we could easily see them competing for the title had they not been forced to withdraw from the opening round.

The women of the orange and black are now 2-2 on the season. They next play host to Lakeside Tuesday night, November 30, with a game start time of 6:00 p.m.