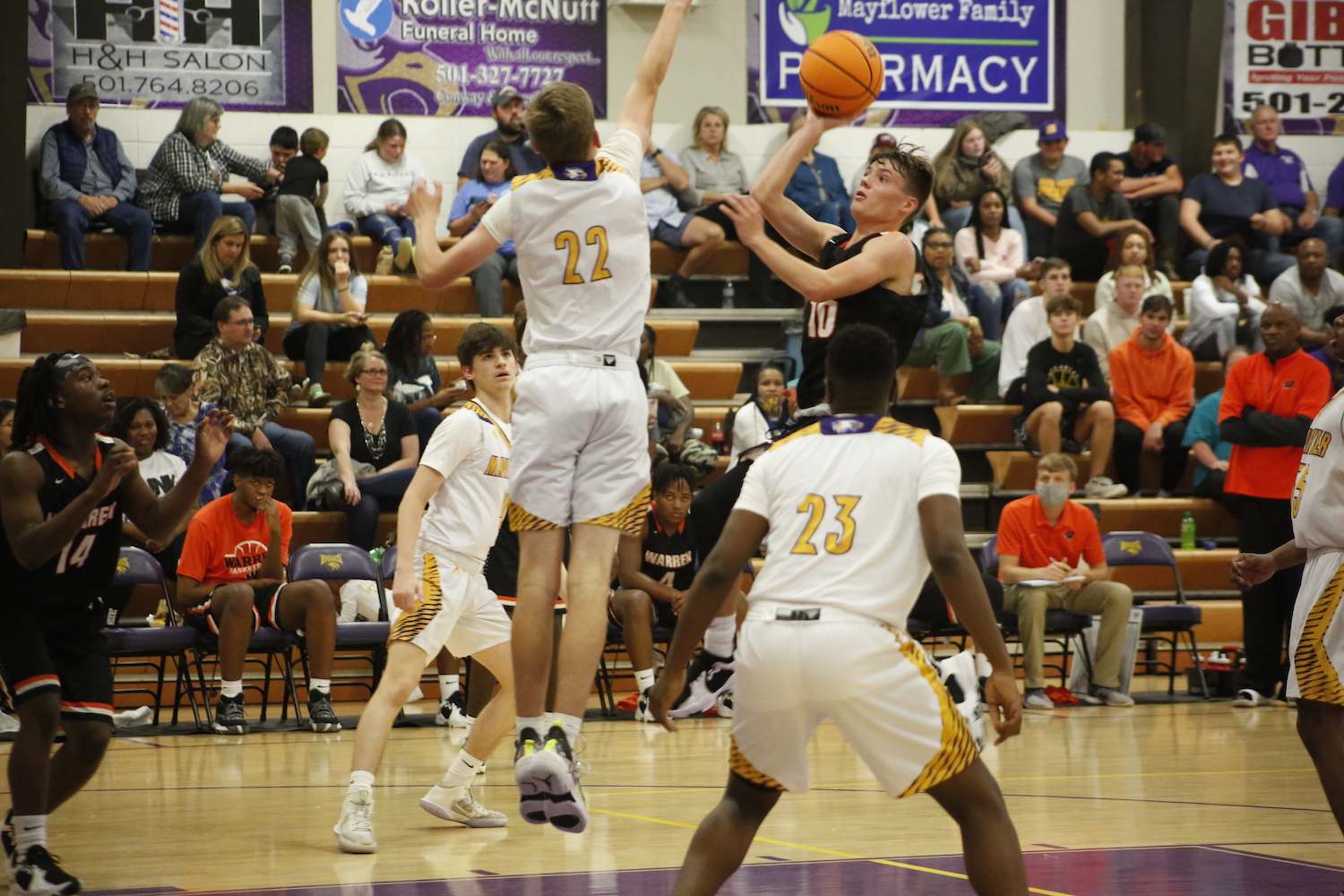 The first road test for the Coach Joseph Anders’s Lumberjacks got off to a rocky start, as the orange and black struggled to find the bottom of the net. Benjamin Escamilla and Richey accounted for Warren’s six points of the opening quarter. Mayflower on the other hand couldn’t seem to miss. They put up 26 in the first eight minutes of play.

Their lead was more than doubled by the halftime break, as they led 48-14. Warren had a difficult time finding any open space offensively, and the turnovers began to mount. Mayflower played a fast paced game, moved the ball well, and had success shutting down Warren’s passing lanes. The Eagles went on to defeat the Jacks by the final of 70-40.

Warren’s Isaac Richey had a breakout game. The senior went four for five from the free-throw line, and scored 22 points from the field. He was the only Lumberjack to reach beyond seven points.

Jayzhon McCoy had seven for Warren. All other Jacks on the scoresheet were under four points.

The Lumberjacks are now 0-2 on the year. Football season’s conclusion in the next few weeks will see the addition of a couple of players.

Warren’s boys team will be playing next in the Fordyce Tournament November 27 through 29. No game time has been announced as of yet. Saline River Chronicle will post all further updates on the start of tournament play for Warren.