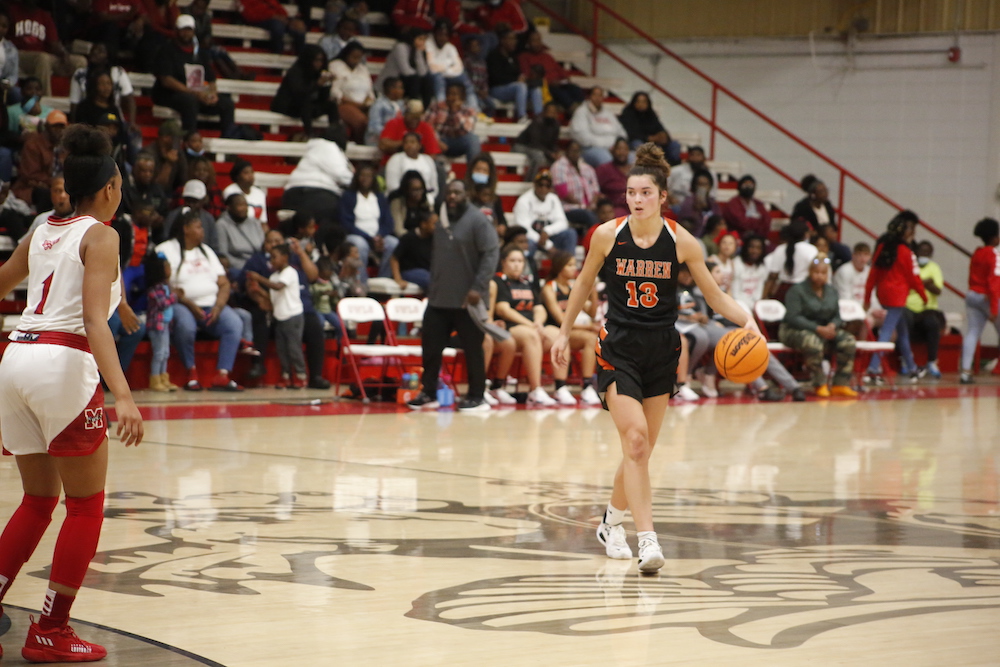 McGehee, Arkansas – Coming from behind, the Warren Lady Jack Basketball team topped the McGehee Lady Owls in overtime Tuesday night, December 14, 2021 on the road by the final of 43-39.

The Lady Jacks came into the ballgame with an overall record of 3-4 and were looking to break back to .500 on the year. McGehee led through the first three quarters by margins of less than five at each stage. Warren was bolstered by a strong defensive performance that saw the team play a very controlled game. The Lady Jacks minimized fouls committed, and were able to keep pace with the Lady Owls through three periods of play.

Warren found themselves down 24-21 at the end of the third quarter, but the Lady Jacks tied the game at 36-36 with fourteen seconds remaining in the fourth. It would take an overtime period to decide who took home the spoils, but Warren came out on top by the final of 43-39.

The Lady Jacks were led on the scoreboard by senior Keller Bigham who posted 30 points on the night. Bigham was huge down the stretch, converting four threes in the game, with the final trey coming when Warren had to have it late in the overtime period.

Tyairean Bass, Ana Tinoco, and Tessa Andrus all put points on the board for the orange and black as well.

The win brings the Lady Jacks to 4-4 overall. They next face Pine Bluff on the road Thursday.

Top photo: Keller Bigham(13) sets up the Warren offense early in the first half.