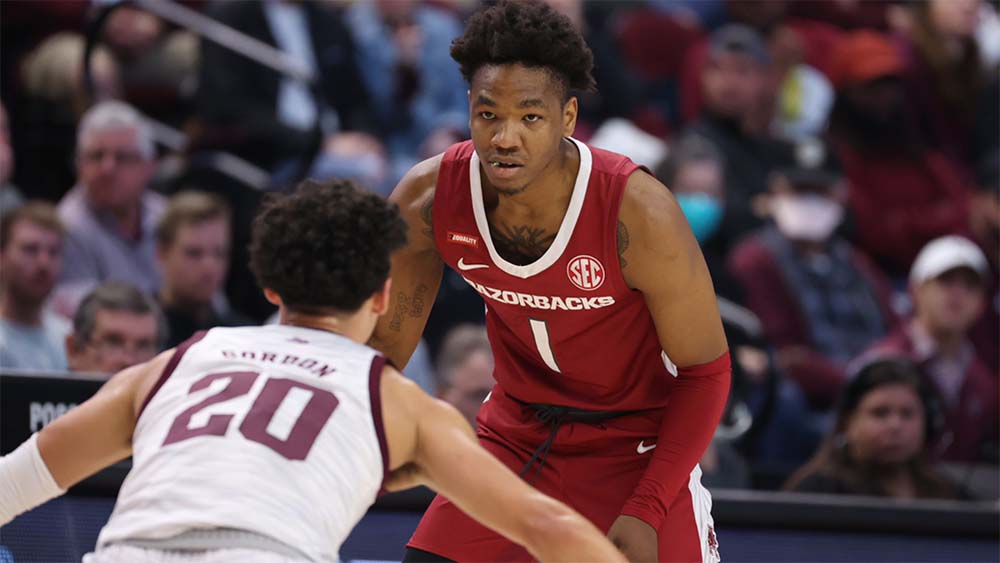 Bryan-College Station, Texas – Arkansas was down 17 midway through the second half but clawed its way back to make it a one-point game with 1:38 left. However, Texas A&M answered with a 3-pointer and made its free throws down the stretch to win 86-81 Saturday afternoon at Reed Arena.

Arkansas was led by JD Notae, tied his career-high five 3-pointers and scored a season-high 31 points – also his best point production as a Razorback. Overall, it was his fourth 30-point game for his career and second at Arkansas. Jaylin Williams added his first career double-double with 10 points and 11 rebounds. His effort helped Arkansas dominate the glass, 46-32.

The Aggies used a 16-0 run to take its 17-point lead and held a double-digit cushion until Davonte Davis made two free throws with 6:53 left. Texas A&M pushed its lead back to 11 with 3:65 to play.

Arkansas returns to Bud Walton Arena to host Missouri on Wednesday (Jan. 12). Tipoff is set for 8 pm (CT) and the game will be televised on SEC Network.