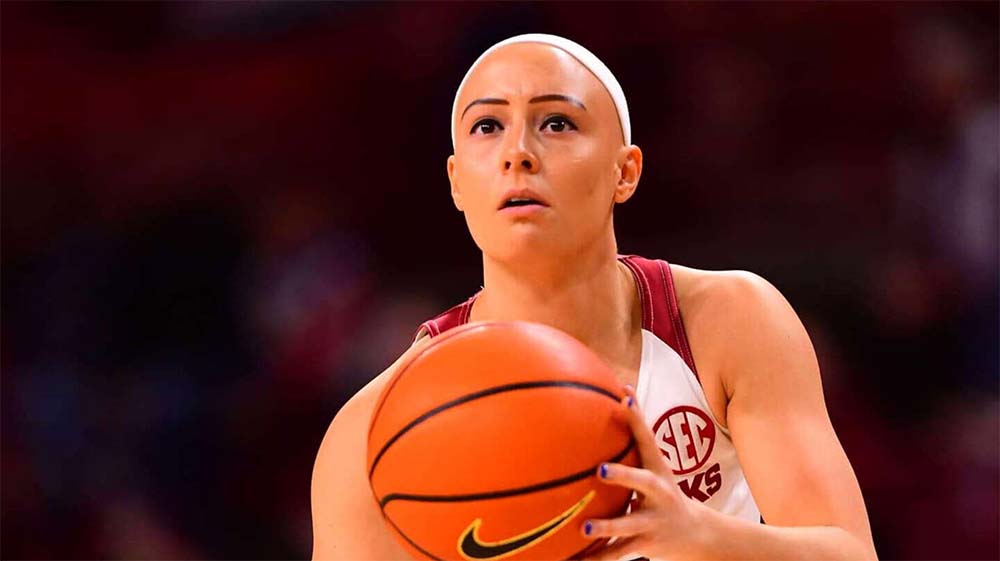 Fayetteville, Arkansas – Arkansas Women’s Basketball got its first win of 2022, and its first SEC win of the young conference season, as the Hogs (11-5, 1-2) toppled rival Missouri (13-3, 2-1), who came into the game without a loss in the SEC, 83-73. The Hogs played arguably their most complete game of the season on Sunday afternoon in Bud Walton Arena – they hit 11 threes at a 40 percent clip, shot 43 percent from the field and only turned the ball over twice, the fewest ever in a game in program history.

Amber Ramirez was the leading scorer in this one, dropping in 21 points. She did a good chunk of her work from the charity stripe, hitting 11 of 12 from the free throw line, the first Razorback to hit 10+ freebies in a game since Chelsea Dungee did so against Ole Miss last season (14-17). Rylee Langerman, though, made the biggest impact in this one – off the bench, she scored a career-best 17 points, while hitting five of her six long balls.

The first quarter was polar opposite to Arkansas’ seven-point opening frame against Vanderbilt on Thursday, as the Razorbacks raced to a 19-point start and a seven-point advantage over the Tigers after 10 minutes. The Hogs continued that trend through the second quarter and ended the half shooting over 52% from the field and over 46% from three-point range.