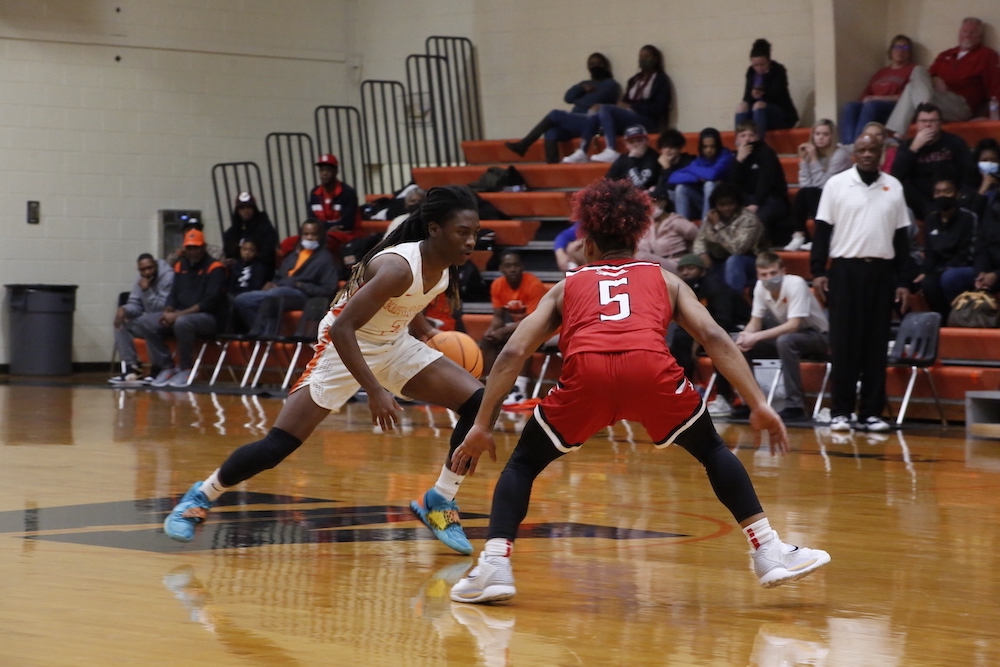 Coach Joseph Anders’s team gave the talented Magnolia a job in the early minutes. The Jacks were scrappy on the defensive end. Turnovers and struggles finding baskets against the league champs would be their undoing however. Magnolia jumped out to a 28-6 lead after the first quarter.

Warren dressed out two freshman after the Jr. Jack season finished Wednesday evening. Antonio Jordan and Neondre Thomas both checked in early in the first.

Jordan made an instant impact. The ninth grader hit three threes and led Warren with 21 points. Son of former Lumberjack standout athlete Moorehead Jordan, Antonio is going to be a fun guy to watch as his career as a Jack develops over the next three years.

Junior Jalin Lee, who has been a force for Warren this season, scored two on the night.

Marcus Greene also contributed two points against the Panthers, as did Jordyn Ingram.

Neondre Thomas scored one point from a first quarter free-throw.

Warren’s men finish the season with an 8-4A Conference record of 3-11. That puts the Jacks in seventh place in the Conference, just ahead of Hamburg. The Lumberjacks overall record for the 2021/2022 season is 4-17.

Editor’s note 1: It’s possible that if construction of the new arena is done in time for the start of the 2022/2023 season, this game might be the final competitive high school basketball game played at the Seminary Street gym in Warren.

Top photo: Malik Day(3) takes on a Magnolia defender during the first half Friday night at Warren.