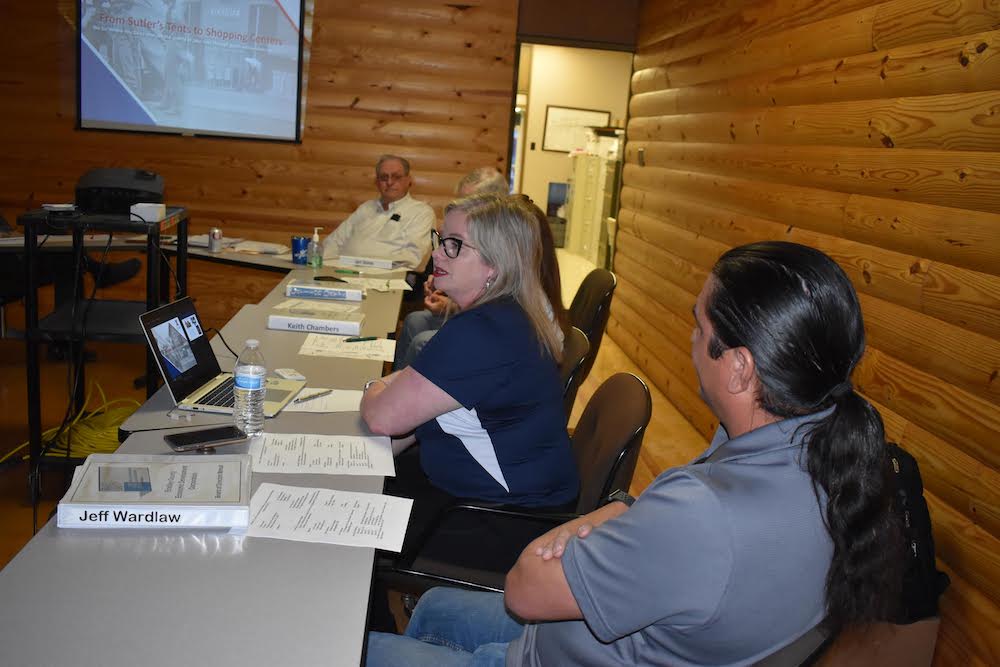 WARREN, Ark. – Several crucial pieces of information about economic development were provided to Bradley County Development Corp. board of directors during its monthly meeting Monday night.

First up, state Rep. Jeff Wardlaw, a board member, said he would give a full report on negotiations with LaSalle Corrections at the next meeting. The company had proposed building the South Arkansas Regional Jail using a combination of state, federal, Bradley and Drew County prisoners. A land swap of 20 acres was made between the city and BCEDC, with the intent to build the facility in the Warren Industrial Park. A spec building was torn down to make room for the facility.

However, LaSalle decided the project was not economically feasible and pulled out, leaving open the option that the county could finance the project itself. Accountant Bob Milton noted that BCEDC held a $600,000 note on the property and that if the jail project did not go through, LaSalle was to pay that back.

Board Chairman Dr. Bob Smalling said LaSalle had made an offer on the property that was “totally unacceptable.” He said BCEDC was waiting on a second offer.

Next, Wardlaw said negotiations were continuing with two industrial prospects, one of which would be a $3.5 million investment. He said Arkansas Economic Development Commission was assisting with the latter prospect.

Board member John Lipton later revealed that the Southeast Arkansas Regional Intermodal Facilities Authority had signed papers to extend the deal with the unnamed prospect involving 100 acres at the Intermodal site. “It would be one of the largest projects in South Arkansas,” he said.

Discussion was also held about a proposed poultry plant. Several years ago, J&E Food Group had entered into an agreement to establish the plant in the Warren Industrial Park. To do so, a $50,000 grant from the city of Warren was funneled through BCEDC, with AEDC providing another grant of $150,000. Those grants were contingent on the plant opening and maintaining a workforce of at least 87 workers per year or it would pay back $10,000 per year to BCEDC. Although improvements have been made to the facility, the plant still has not opened. Accountant Bob Milton said the project is shown on the BCEDC books as both a $50,000 asset and a $50,000 liability.

During the board meeting, Wardlaw said the plant now has a new prospect to take the project over. He said he should receive information Tuesday from AEDC about the project.