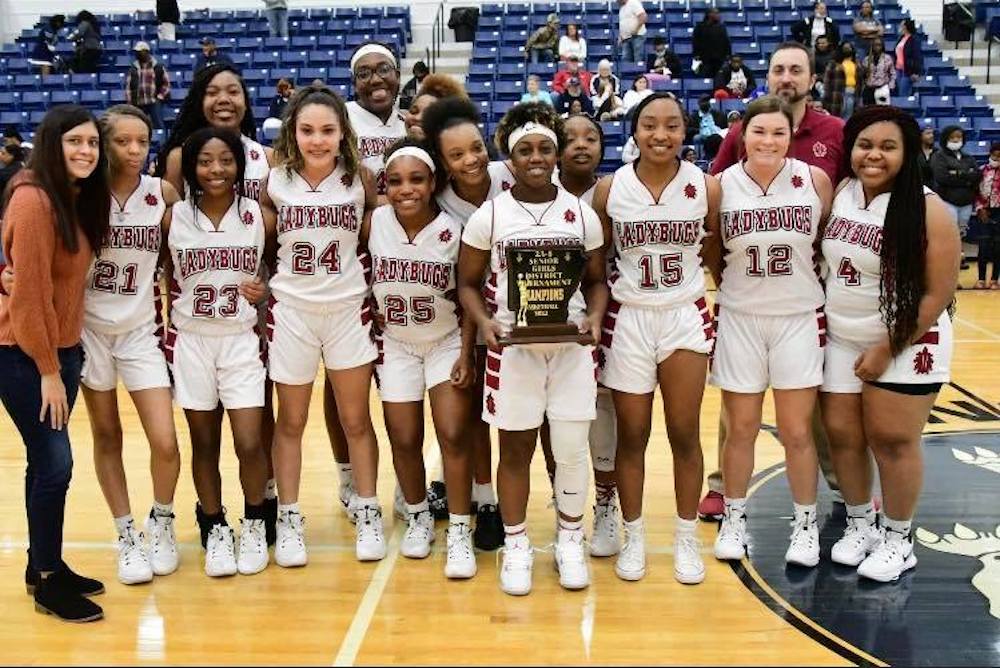 The Fordyce Ladybugs won their third 8-2A District tournament championship in the last three years this week. Fordyce’s women’s team has grabbed the title seven of the last nine years.

The team includes(not in this order in the photo)

The Head Coach of the Fordyce Ladybugs is Ronald Smead.