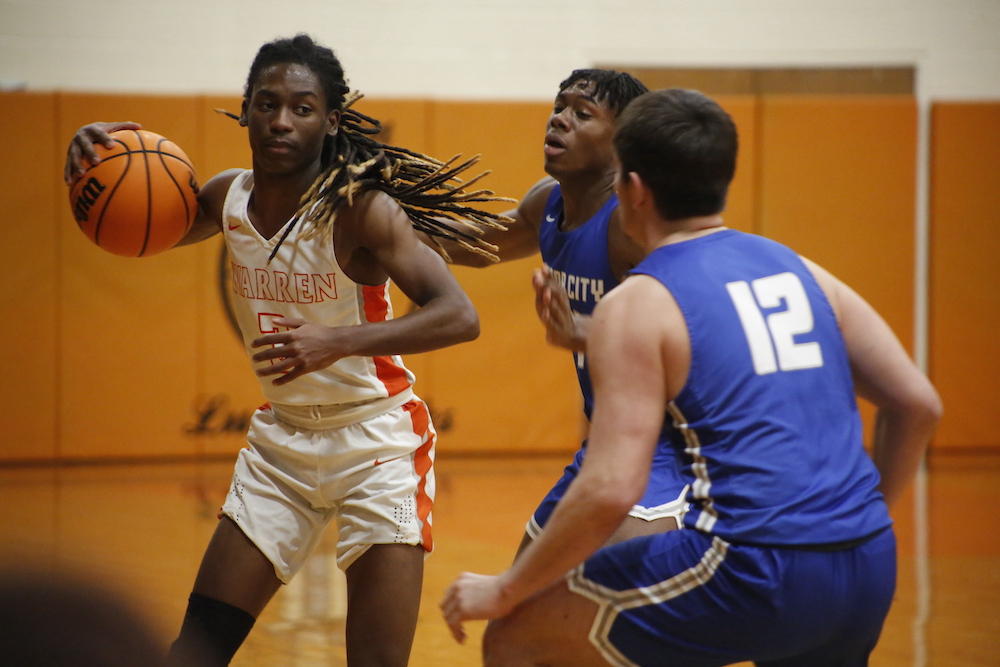 Warren, Arkansas – In thrilling fashion, the Warren Lumberjack men’s basketball team took down Star City Friday evening, February 4, 2022 by the final of 47-44 at home in Warren.

Four Lumberjacks picked up points in the opening quarter to get the orange and black off on good footing. They led 14-13 after one. From the early stages Warren looked ready to attack. Coach Joseph Anders’s Jacks appeared hungry to finish the week out on a strong note.

Star City responded well, staying with the Lumberjacks stride for stride. The Bulldogs even took a two point lead at 25-23 into the halftime break.

Warren didn’t shy away from the fight. The Jacks came out in the third and continued the up-tempo style that suited them so well in the first. Jayden Ridgell came up big in the third, knocking down two threes that helped put Star City under pressure heading into the fourth.

With just under a minute to play in the ballgame the two teams were all tied up at 44-44. Malik Day drove inside for Warren and banked a shot off the glass and in to give Warren a two point advantage. Jordyn Ingram sank a free-throw to force Star City to take a three at the buzzer, however the Jacks held strong, winning by the final of 47-44.

Ingram had his breakout game of the season, leading Warren with 11 points.

Malik Day was right on his heels, posting ten.

He was followed by Marcus Greene with seven and Jayden Ridgell with six.

Benjamin Escamilla had another successful game inside for the Lumberjacks. He scored four points.

With the win Warren’s record improves to 4-13 overall and 3-7 in the 8-4A. The Jacks return to action Tuesday at home playing host to Crossett. That game will follow the Lady Jacks vs. Crossett. Two junior games will take place prior to the Lady’s game. The first of four game series begins at 4:30 p.m.