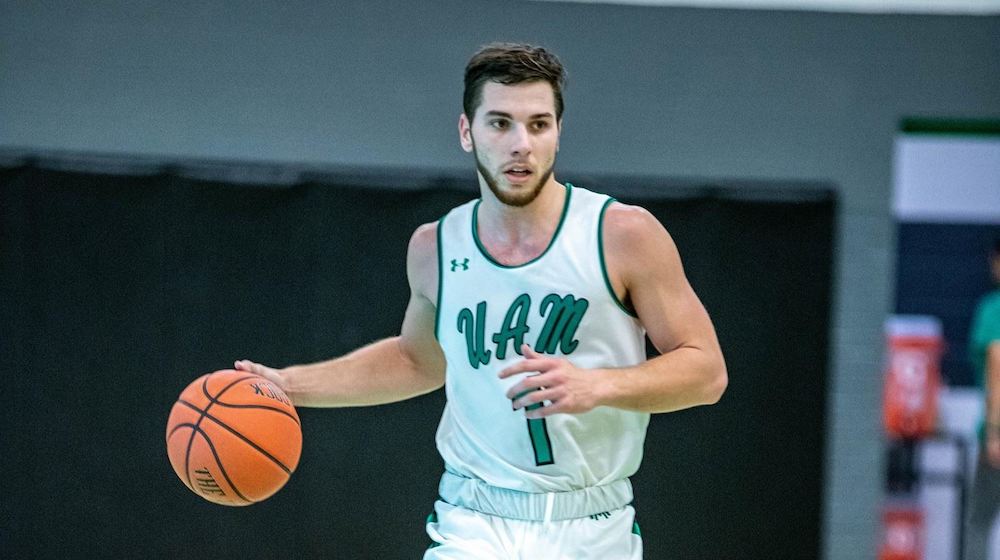 BETHANY, Okla. – The University of Arkansas at Monticello men’s basketball team took the court again this afternoon, eventually falling to Southern Nazarene University in a Great American Conference match up to close out their Oklahoma trip. The Weevils would compete with the Crimson Storm to the very end of the match, eventually losing, 52-39.

The first half seemed slow and uneventful for both teams. Though the Southern Nazarene was the first to score, another basket wouldn’t be scored for nearly three minutes. It took the Weevils almost five minutes of play to get a point of their own on the board. UAM would go only 6-18 on field goals and 1-6 on shots in three-point range, finishing out the half down 18-17 heading into the locker room.

On the defensive end in the opening 20 minutes, UAM held SNU to just 7-23 field goals an 2-for-7 shooting from beyond the arc.

Entering the second half, the Weevils would allow SNU to open with an 18-6 run, increasing their lead to 36-23. The Weevils were relentless as they pushed back on the Crimson Storm, bringing the score back to within a three point difference of 42-39. A foul from UAM seemed to kill the momentum as UAM wasn’t able to score another point in the remainder of the game. The Southern Nazarene team would tally the final points of the game on a layup. The Weevils would fall 52-39.

Defensively, the Weevils registered 2 steals while forcing SNU into 7 turnovers.