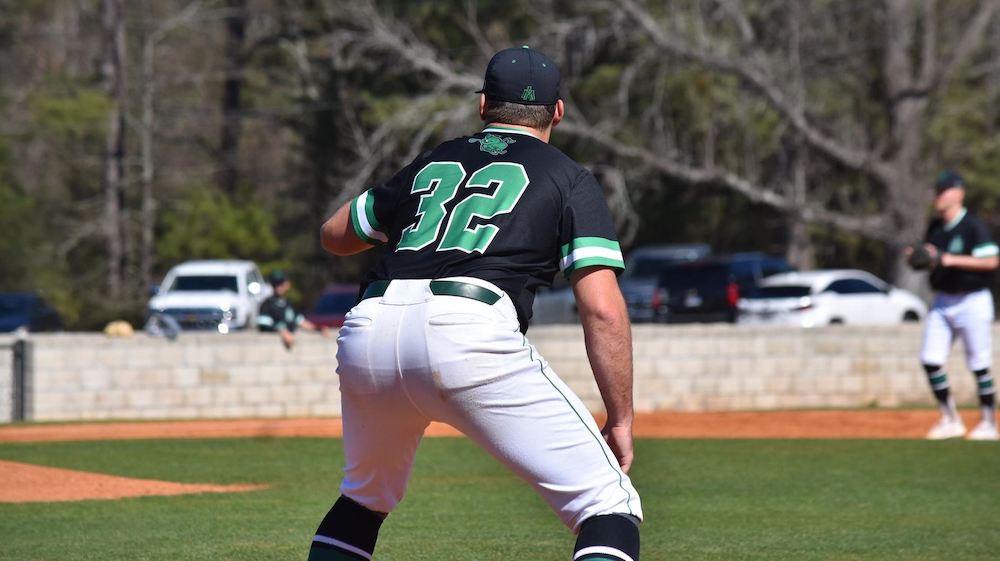 MONTICELLO, Ark. – The Weevils Baseball team splits the day with Southwestern Oklahoma State University on Saturday. UAM would get shut out the first game 11-0 in nine innings, and win the second match 12-4 with an incredible display of power.

UAM Baseball is no stranger to hitting for power. Although they struggled to find their stride in the first game, the second match proved once again how dangerous they can be at the plate. Jordan Johnson, a seasoned veteran at UAM, playing his sixth year with the Weevils Baseball team, tied the GAC career home run record of 42.

In Game 1, UAM struggled to put the ball in play for a majority of the game. The Weevils were only able to put 2 hits on the board throughout the entirety of the match. The two hits came from a double from Hudson Hopkins, and another from Clay Lockett. The Bulldogs put up 11 runs of their own on eight hits, taking the win 11-0 to start off the double-header.

Derek Potts started on the mound for the Weevils, posting 6.1 innings, 4 strikeouts, and allowing 5 runs off 4 hits and 6 walks. Jacob McDaniel entered the game in sixth, getting .2 innings thrown. Jack Barna came into the game as the final pitcher of the match, finishing out the game with 2.0 innings pitched and four hits allowed.

Game 2 started with an early rally from SWOSU to score two runs in the top of the first. The Weevils were quick to answer with two runs of her own in the bottom of the inning. The Monticello Boys would follow up with 10 more runs, scoring one or more runs in every inning after, minus the sixth. The Weevils would tack on five home runs and three doubles before finishing the game after the top of the seventh.

Spencer Johnston started Game 2, dishing out a complete game, 7 innings of work. He struck out two, allowing seven hits and only 4 runs.