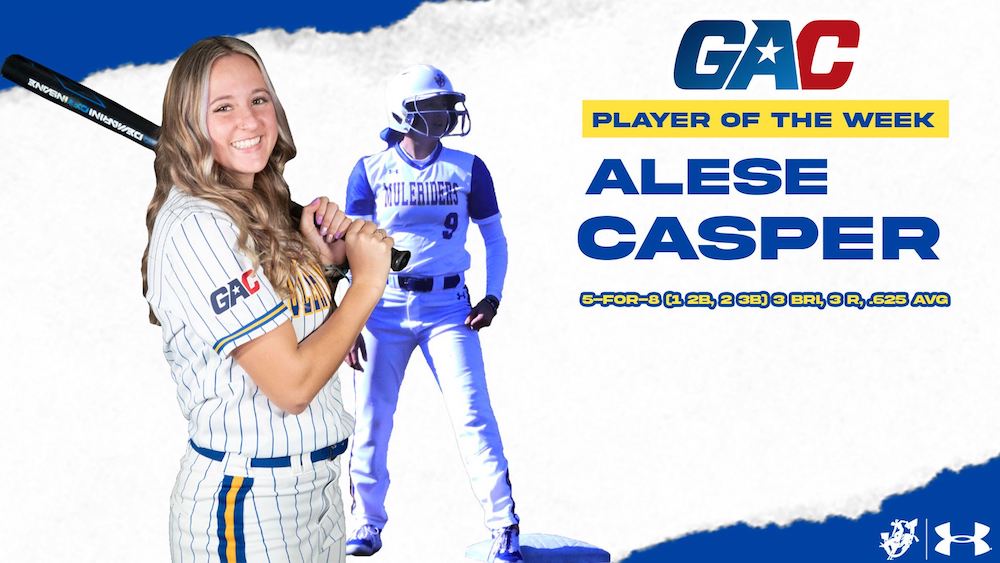 RUSSELLVILLE, Ark. – Senior outfielder Alese Casper was named the Great American Conference Player of the Week on Tuesday afternoon after her performance this past weekend against Southwestern Oklahoma State University. This marks the first POTW award for Casper in her career and the first for SAU this season.

Casper finished the weekend with a .625 average after going 5-of-8 at the plate with three RBI and three runs scored. Three of Casper’s hits went for extra bases as she hit two triples and a double.

Casper’s biggest game of the weekend came in game two of the double header on Sunday afternoon as the Muleriders won 4-1. Trailing 1-0 in the fifth inning, Casper was able to clear the bases on a three RBI double to put the Muleriders out in front. SAU finished the weekend with a three game sweep over the Bulldogs to open up GAC play.

SAU will be back in action this weekend as they take on Arkansas-Tech in Russellville. The Muleriders will play a single game on Friday evening at 5:00 p.m. followed by a double-header on Saturday that is set to begin at 1:00 p.m.