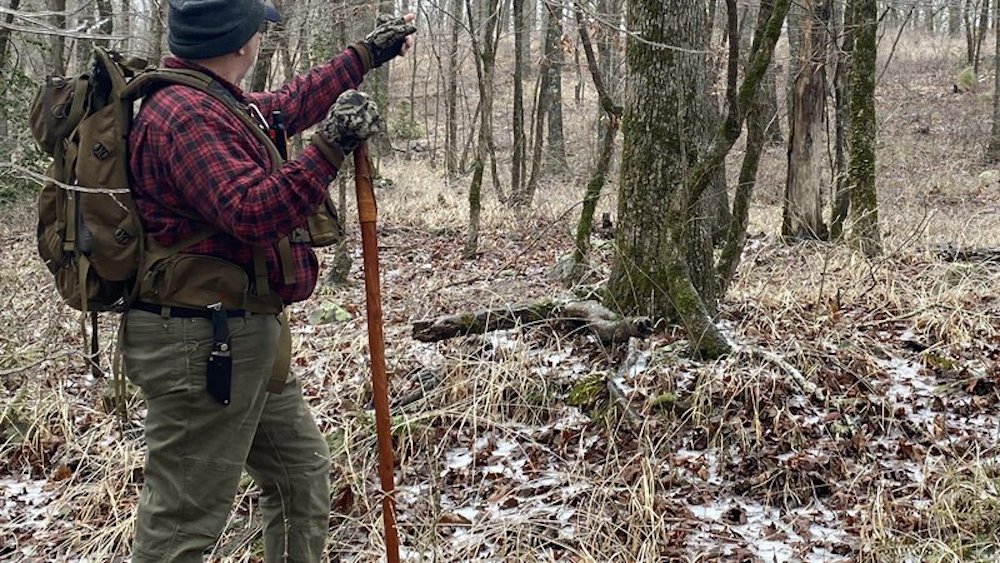 PARON, Ark. – With deer season officially over and turkey season still several weeks away, many hunters are facing the postseason blues and are being forced to catch up on all of the work postponed since last October. Searching for shed antlers offers one last escape from those household chores and can keep hunting skills sharp between seasons.

A Little About Antlers

Deer antlers are wonders of nature. They begin to grow each spring and reach their full size by late August. The growing antler is covered in a velvety outer sheath, which helps protect the growing structure underneath. Antlers are some of the fastest-growing bone structures in nature, with an adult white-tailed deer capable of up to ¼ inch of antler growth per day. In fall, the deer’s testosterone level rises, causing the antler to harden and the outer covering to be shed, revealing the prized rack many hunters chase throughout winter.

The antlers are used to create rubs, display dominance and spar with other bucks to compete for females during the fall breeding season. But once the rut has waned and testosterone levels drop, those antlers drop from the deer’s head and the cycle starts over.

Searching for these shed antlers used to be a bit of a novelty for many hunters, but the pastime has gained plenty of popularity during the last few decades, prompting many outdoors enthusiasts to take up this pursuit.

Shed hunting is legal on private land in Arkansas where a person has permission, and on Arkansas Game and Fish Commission wildlife management areas, except any areas owned by the National Park Service, such as Buffalo National River WMA. Sheds are considered artifacts in these areas, and may not be removed.

Mark Izard, board member of the Arkansas chapter of Backcountry Hunters and Anglers, is one of those hunters who uses shed hunting as an excuse to get to the woods between the seasons. Izard says his postseason forays are another great way to enjoy all the great public land available to Arkansans. By February, relatively few hunters are still pursuing deer during Arkansas’s final month of archery season, and most small game hunters stay on the move in search of active squirrels looking for cached acorns on the ground instead of treetops.

Izrard says shed hunting not only is a way for him to enjoy the public land he and all other Arkansans own, but it’s also a way to become more familiar with new locations on some of the large blocks of land available to him during deer season.

“A lot of people I work with ask how I get started on public land, and I always tell them that I walk my tail off,” Izard said. “That isn’t terribly appealing to most people. Shed hunting is a way to add a little more to the scouting effort that may just yield a short-term reward.”

Getting started is as simple as walking through areas where you were likely to encounter deer during the end of deer season, looking for the antlers, but Izard offers a few tips for those who find themselves overwhelmed by the prospect of starting.

“It’s just like when you’re scouting at the beginning of the season,” Izard said. “I start at the top and walk ridges and saddles for signs of recent deer use.”

The ridges Izard refers to are the high points in topography, which serve as travel corridors for deer throughout the year. Mature bucks, in particular, will walk the “top of the mountain” where they can see danger and move away long before they find themselves in a bad situation. Air currents also tend to rise up the sides of ridges, carrying scent with them. A wary buck walking a ridgetop often can be alerted by the smell of hunters or other undesirable animals long before they are in sight.

Saddles are another topography feature that draw deer throughout the year. Instead of being the high point of a mountain, it is a drop that connects two portions of lower terrain on either side of a ridge. Deer walking lower terrain will use saddles as a travel corridor to preserve energy. Similar to people, deer won’t take the time to scale a cliffside or walk up a severe incline if there’s an easier travel route to be had, and deer live in these areas year-round, so they learn the easiest way to travel rather quickly.

Izard’s not just looking for antlers sticking up out of the grass, although that happens. He’s actually just as interested in all sorts of signs that deer have frequented an area. “Fresh tracks, rubs, scrapes and droppings can let you know how often deer use the area and if they’ve been there during the end of the season, when sheds are likely to fall from a buck’s head,” Izard said. Once I find this deer sign, I slow down and really scan the area to analyze how the deer are using it. I’ll pay particular attention to the edges of any thick areas where a mature buck may have bedded down as well.”

Just like with deer hunting, you’re much more likely to go home without a shed than with one, but Izard simply chalks that up to being part of the fun.

“If I’m lucky, I might find a shed. At worst, I’ve spent a great day enjoying the outdoors I love.”