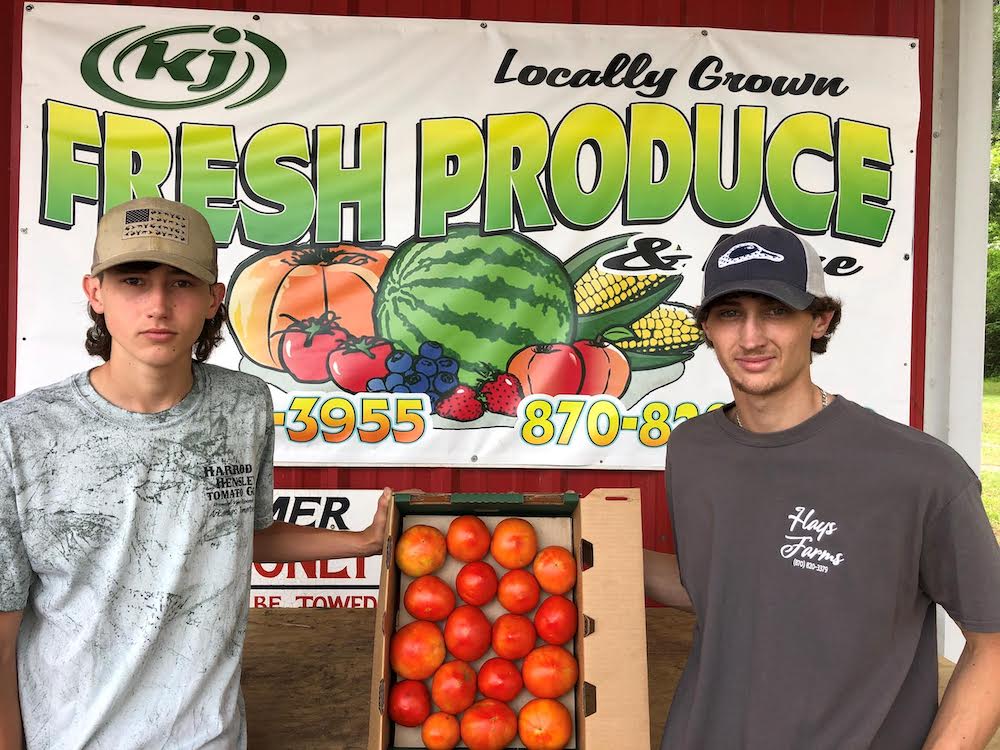 The first box of tomatoes for 2022 was brought in by Josh and Krystle Hays, owners of KJ Fresh Produce & More in Warren. Josh has been farming since 1999 and produces approximately 20 acres of tomatoes and other produce.

Shown in the box is Red Mountain variety. Other varieties that are grown include Red Defender, Thunderbird, Amelia, STM, Rambler, Roadster, Pink Girl, Bradley, and Purple Cherokee. They also raise squash, zucchini, yellow and red melons, okra, cucumbers, cantaloupe, bell pepper, jalapeno pepper, and banana pepper. Shown in the picture are the sons of Josh and Krystle, Tyler and Brandon.