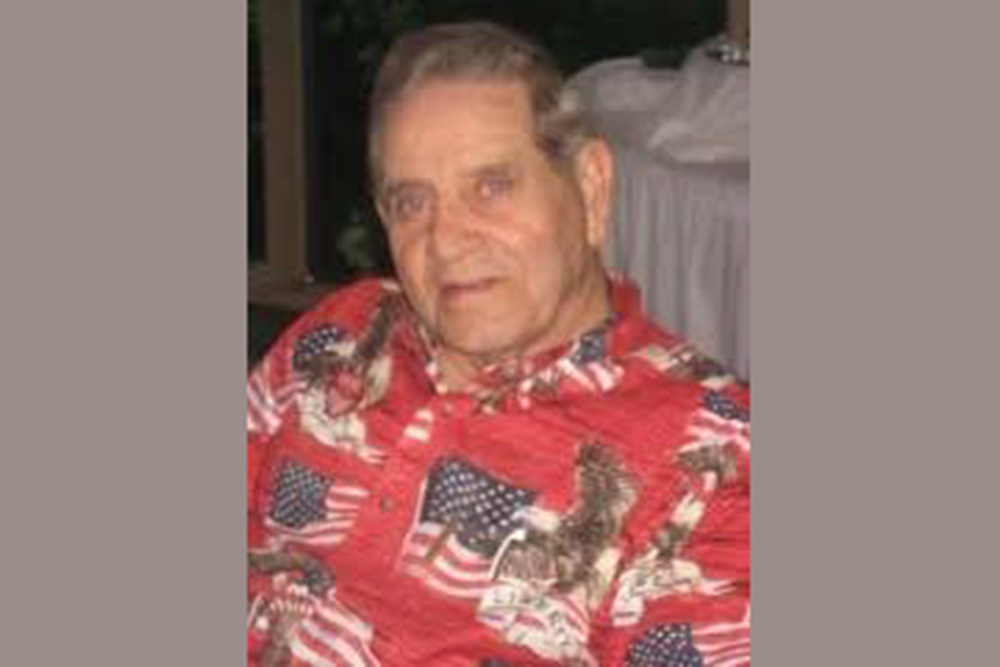 Glynn Eugene Atkins, age 91, of Dumas, AR formerly of Warren, AR passed away on August 11, 2022, in Dumas. Glynn had just turned 91 on August 1st and he celebrated his birthday with friends and family at The Oasis of Dumas Assisted Living where he’d been a resident since 2015. He was still quite a character and quick witted all the way to the end.

Glynn graduated from Warren High School in 1948. He was a fullback for the Lumberjacks and quite the looker according to all the ladies. After graduation from high school Glynn attended A&M College in Monticello. He played football for A&M College as well. He left college early to join the Navy, during the Korean Conflict, where he studied helicopter mechanics. After his stint in the Navy he went back to A&M College where he continued his education in Business Administration and graduated a few years later. Glynn worked for several companies over the years after graduating from college and then went into business for himself for several years. He ended up joining Pipeliners Local Union 798 out of Tulsa, Oklahoma on July 22, 1976. His first job with 798 was September through November of that same year in Isabella, Alaska. He still talked about the very harsh conditions in Alaska as this was the job he felt was the most difficult one he had ever worked on. Glynn worked on many pipelines around the country starting out as a Journeyman Spacer. He held certifications in Level ll N.D.E. Quality Control Inspection, A&E Aircraft (fixed wing & helicopter), and Alliance Pipeline Welding Inspection for mechanical welding during his working years. By the end of his career, he was a very well-respected Chief Inspector. His last 798 job was in 1992 in Rawlings, Wyoming. He officially retired in 1993 but he continued to work for many years after that. His very last job ended in February 2009 where he inspected his last weld. During these years working, and even more so after retiring, he enjoyed fishing and hunting and riding his motorcycle.

Glynn was born to Buford Eugene and Rettie Mae Atkins in 1931 in Columbus, MS. They moved to Warren when Glynn was about 5 years old. He was preceded in death by both parents and one sister, Juanita Atkins Ford.

Glynn is survived by the 3 children he reared with his 1st wife, Jane Warner Atkins. They are Chris Atkins of El Dorado, AR, Doug Atkins (Gina) of Warren, AR, and Kay Atkins of Houston, TX. These children gave him many grandchildren and great grandchildren who he loved very much.

He is also survived by his wife of 44 years, Dee Atkins, of Dumas, AR and the two daughters he reared with her, Michelle Chambers (David) of Dumas, AR, and Tammie Limoges (Paul) of Denver, CO. These children also gave him many grandchildren and great grandchildren who he loved very much.

Glynn’s son, Doug, and his oldest granddaughter, Allison Chambers(with wife, Dee), were the best at keeping Glynn in line when he would get a little crossways which still happened quite often!! We always knew who could straighten him out the fastest!! Doug and Kay kept him up to date on which channel the next Razorback game would air on and Dee, Chris, and Michelle would take him to appointments or for drives around southeast AR or to the Chambers House for patio time and an occasional beer. Tammie and family sent him frequent family picture cards from their worldly travels through the years and also during the pandemic when no one was allowed to visit him. He always enjoyed short visits from all his kids and grandkids. At the end of the day, he just wanted to continue watching his ballgame or an old western movie and he loved it if you wanted to watch it with him. Needless to say, it will be much different without his presence, but he will live on in our hearts and minds and through great stories and tall tales that will be told to the younger generations for years to come.

Throughout the years at The Oasis of Dumas Assisted Living Glynn made many friends. He is truly missed by his friends and the staff there and by his best friend, Gifford Godfrey.

Glynn had a favorite quote hanging on the wall in his room, a little wooden plaque made and engraved at Bradley Brand Furniture and it said this: “Life is hard!! It’s harder if you’re stupid!!” ~John Wayne
This Winston Churchill quote says it best: “I am prepared to meet my maker. Whether my maker is prepared to meet me is another matter.” This sounds just like something Glynn would say!!

Glynn’s family is planning a Celebration of Life Event for family and friends at a later date. Glynn wished to be cremated and his ashes spread in 3 special places that were near and dear to him.